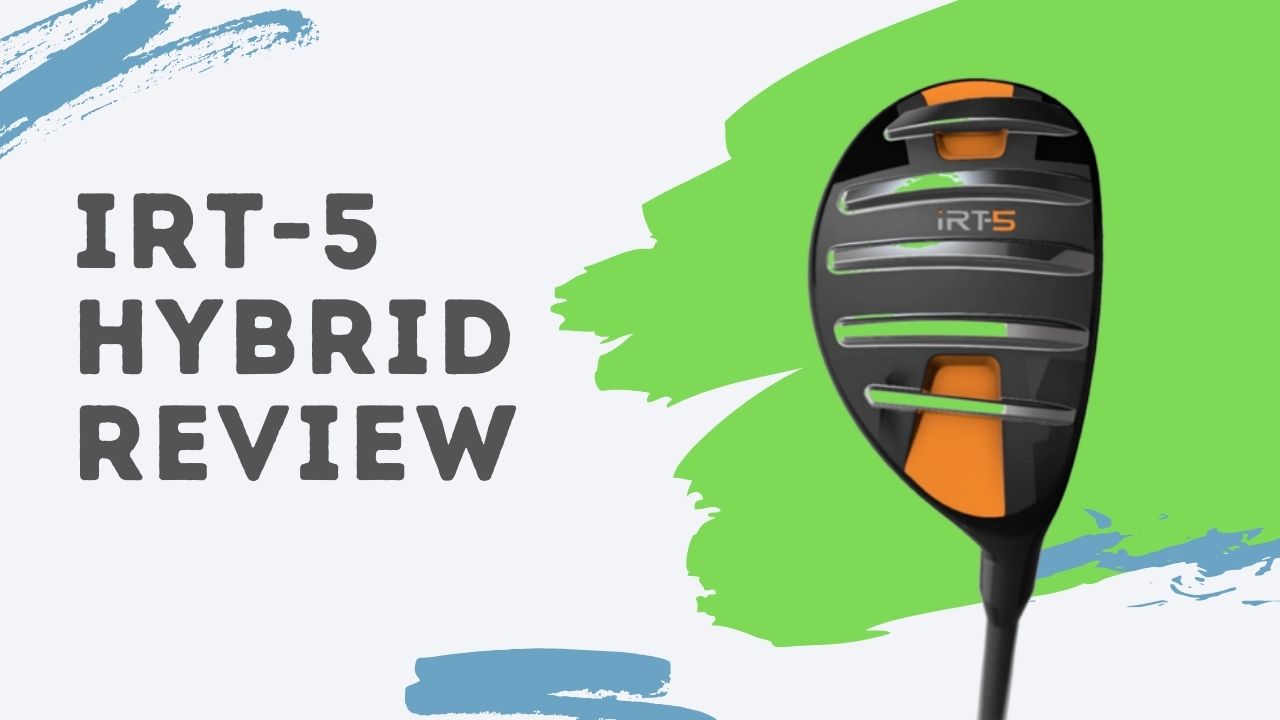 The iRT-5 hybrid claims that it is going to revolutionize the hybrid market. Now, that is some claim to make, and you need to be able to back this up in some way, so checking out the iRT-5 is the only way to do this.

But what should you expect from this club? Well, it seems like you should be expecting quite a lot to be honest. However, let’s check it out in some detail.

The iRT-5 first appeared way back in 2017, and it gained a following thanks to an aggressive marketing campaign on the correct channels.

The manufacturer claims that it’s going to be the perfect club for the amateur golfer. Why? Well, they state it will help increase shot distance, and that this will happen on matter the lie you find yourself in. Of course, that is one impressive claim to make.

However, the club does have a number of key features that makes it different to the others that are out there on the market. 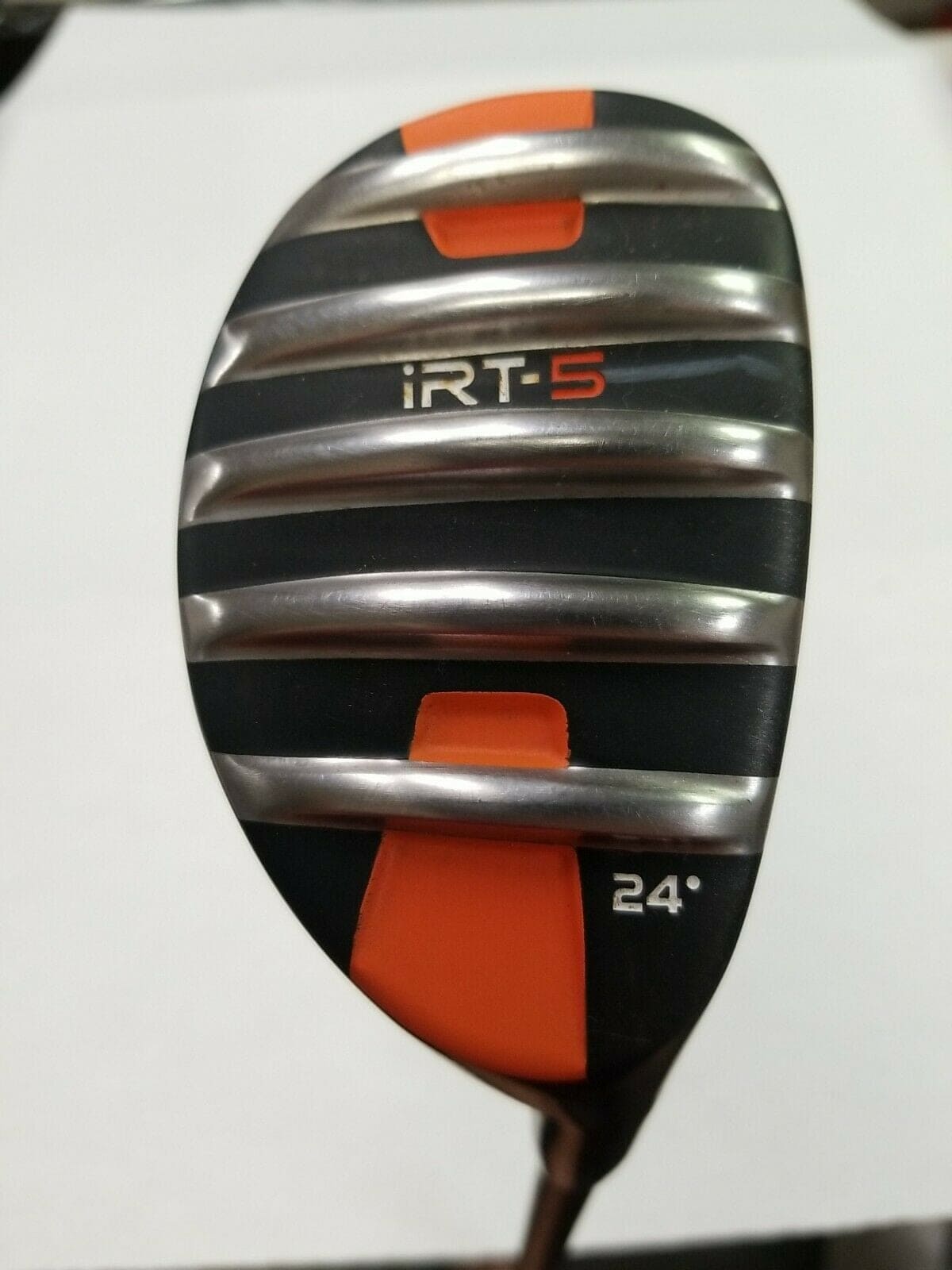 First, there’s the machete rails on the sole of the club. These rails allow the club to glide through the grass, no matter the lie, without being stuck or slowing the club head down. It’s also going to allow the club face to remain square onto the ball, so there should be less mishits.

Also, there’s the weight of the head. As was mentioned earlier, it’s heavier than normal and that’s also a good thing. It means it’s less likely to twist and turn in the hand, or through the swing, so the club face will also remain square onto the ball at all times.

By lowering the center of gravity, it will also change the trajectory of the ball after impact. It should push things higher and get the ball up off the ground with ease, but it also offers more control especially when getting the ball to stop on the green.

When you factor in both the COG with the machete rails, it then means you can really use this club even in long grass without stressing too much about the shot you can then play. 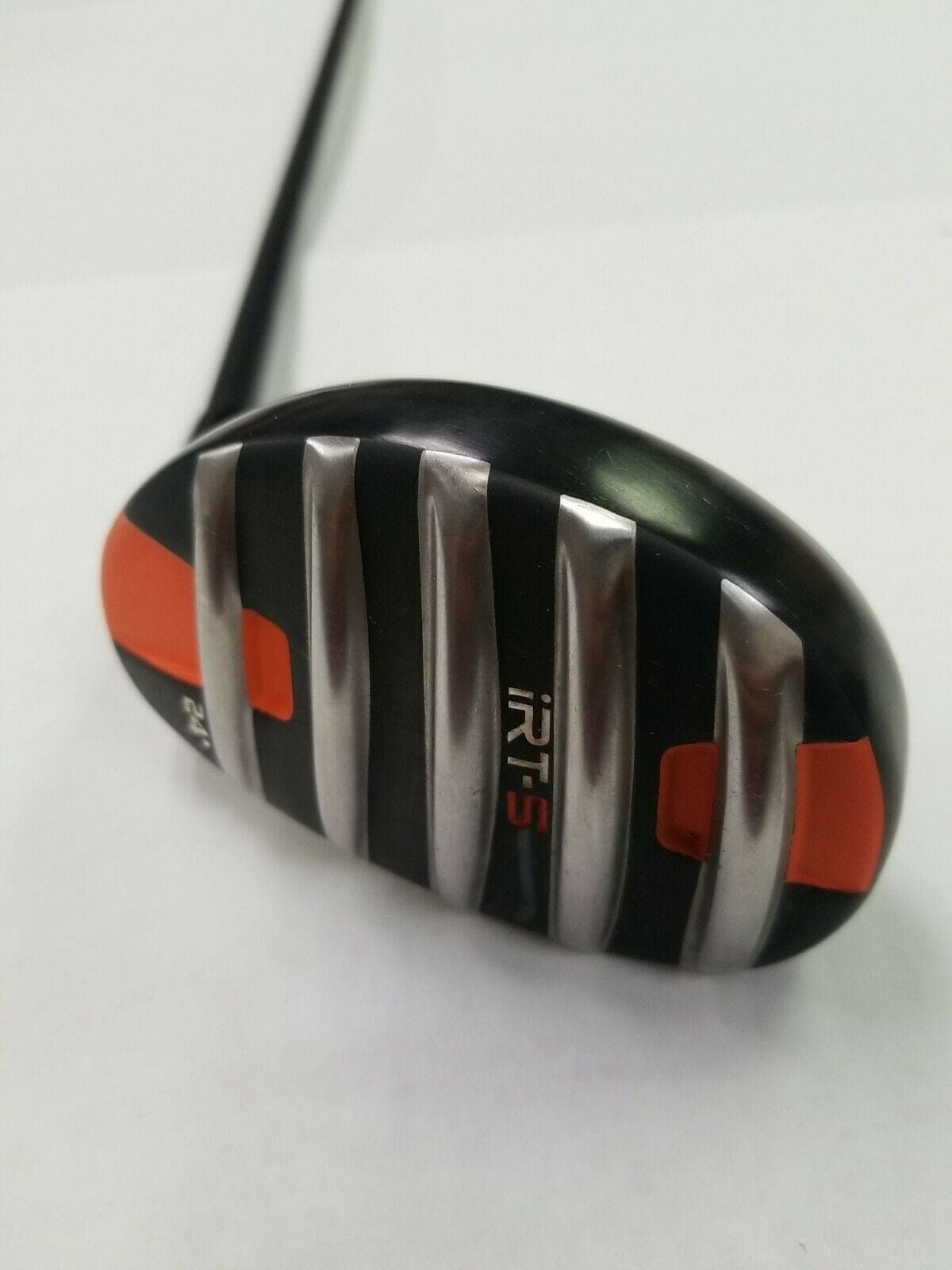 Regarding the loft, then it only comes in a 24 degree loft, and that may put off some people. However, the iRT-5 is designed to cope with most situations, and that sort of loft should be suitable for a variety of lies.

Once again, when you look at the other features already discussed, and then tie in the loft aspect, it does start to really build a picture of what this club is capable of achieving. It does come across as something you can use off the fairway, or in the long grass, and still manage to achieve a reasonable shot. 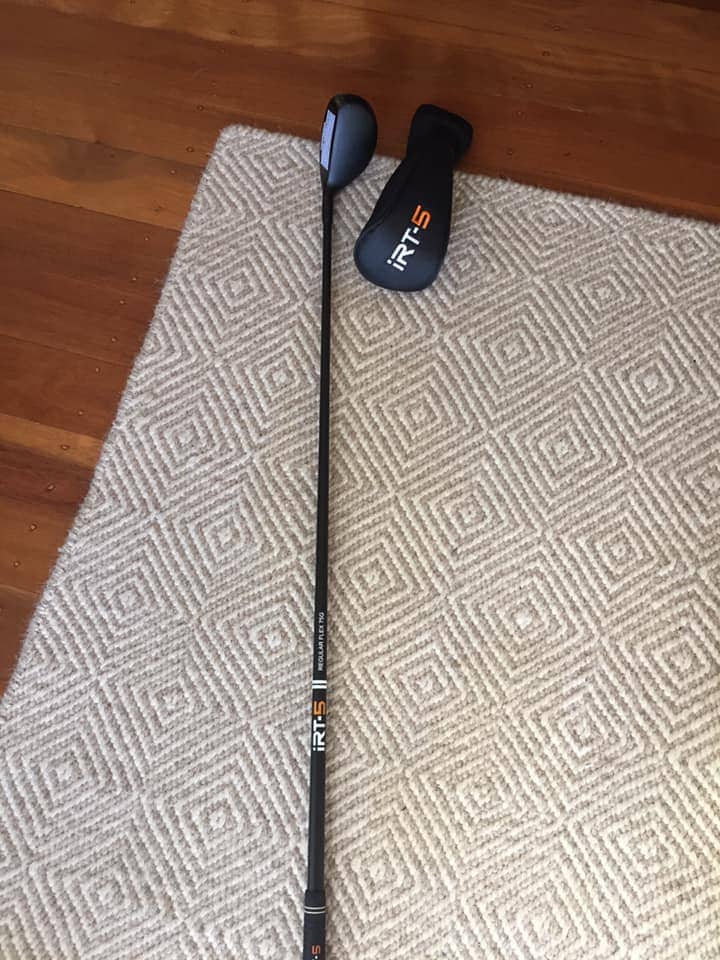 This hybrid comes with a steel shaft, but it’s available in four different flexes according to your game. The flex is going to change the speed at point of impact, and if you aren’t sure as to the best flex for your game, then check with your local pro to see what they would advice.

Keep in mind that the head is heavier, and with a light shaft, this is a different combination that you may not be used to. However, it will mean the head flies through the air faster leading to a better impact. 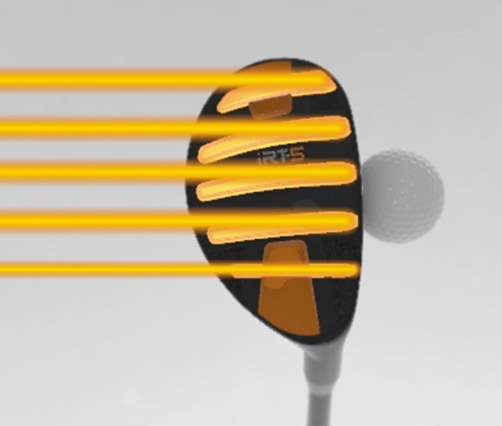 As the club is designed to twist less through the swing, it means the face is opened up and the ball is easier to hit. The sweet spot is large on this hybrid, so it’s also pretty forgiving, and that’s also a good thing.

Basically, it means you can let your swing go knowing this hybrid is there to help you out after you have struck the ball. It’s going to help the ball stay on track and to fly to your target rather than you simply hoping for the best.

So, how does the iRT-5 score for us as a club? Well, keep in mind that this club is aimed at a specific market of the amateur player who is looking at trying to improve their game.

For that, we score it in the following way.

The reason why we score it like this is because the club is relatively easy to use without it complicating matters. The features are primarily things added to the club, and while they do offer the chance to increase distance and improve control, it still needs your swing to correspond to it all.

The one thing we can conclude is that this club is going to give you a real fighting chance when it comes to improving your game. It does have innovative features that you don’t see on other hybrids out there on the market, and while it may take some time getting used to those rails, it does help in longer grass.

The only downside is that it would be great if the club had different lofts available. However, that’s not a big deal as you will grow accustomed to what this club is capable of doing.

If you are looking for a hybrid to add to your bag that will be able to also rescue you from various situations, then the iRT-5 could very well be the club for you. It’s certainly worth checking it out if you can. 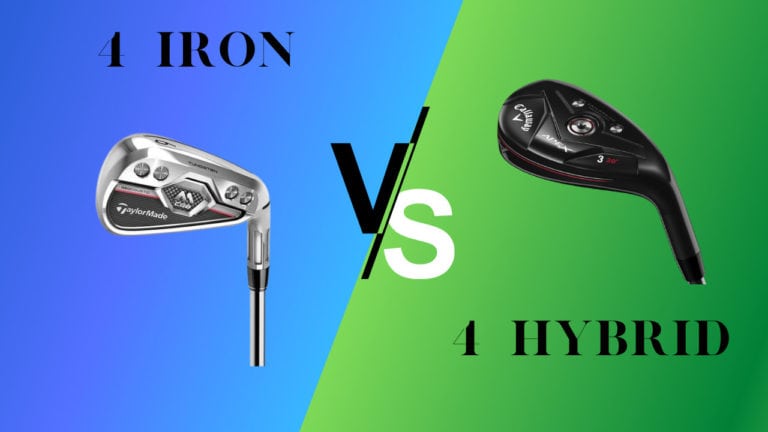 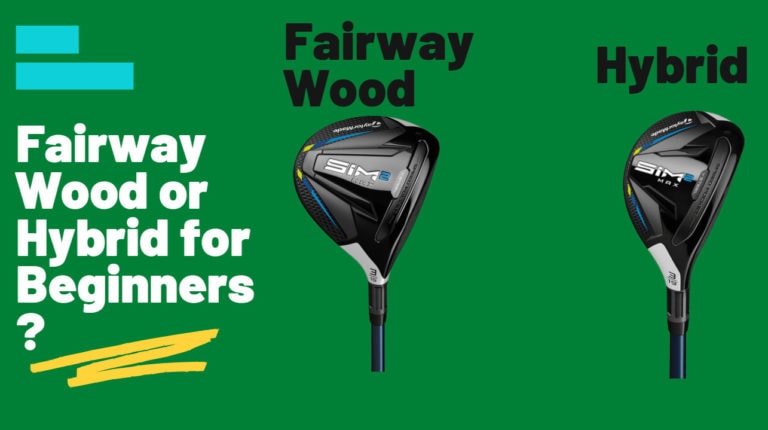 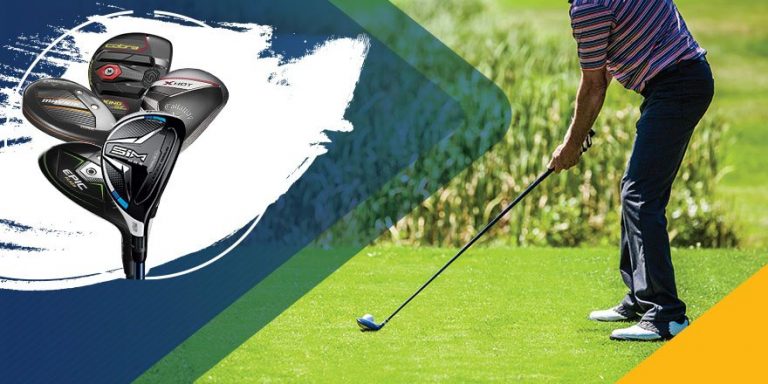 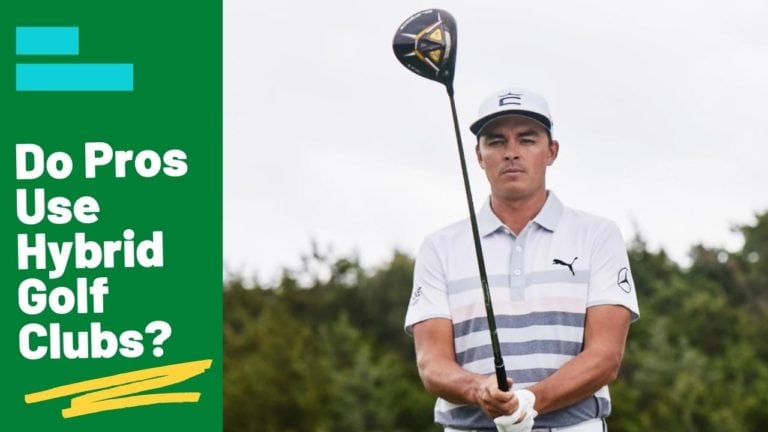 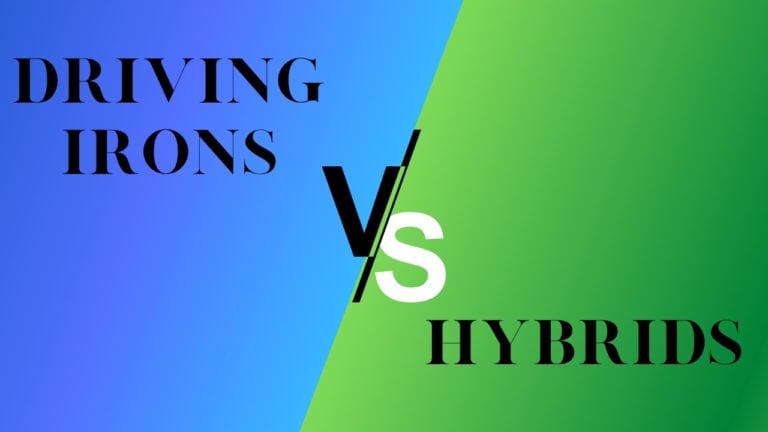