​So what’s the whole concept behind golf winter rules and preferred lies in golf? Here’s the thing. Winter rules are a part of the picture in just the off-season. They also apply when there have been prolonged poor weather spells. Meaning when the condition of the golf course is very likely to affect the fair side of your game.

In that case, you get an opportunity for improving the lie to a certain degree. One that is equivalent to consistent. Let me explain with an example right away.

Let’s say you’re playing on the turf with soggy fairways. This happens during winter. So the outcome, more often than not, is your golf ball ending up un muddy, poor lies. Or getting accumulated with plenty of mud when rolling out.

Enter winter rules or preferred lies in golf. So you can hit your upcoming shot from closer to that lie. Closer than you normally would’ve played from on a pleasantly hot summer day.

In this article, I’m going to try my best to do away with misconceptions and confusion. That is often a part of winter rules. But first, let’s completely understand what these rules or preferred lies actually mean. 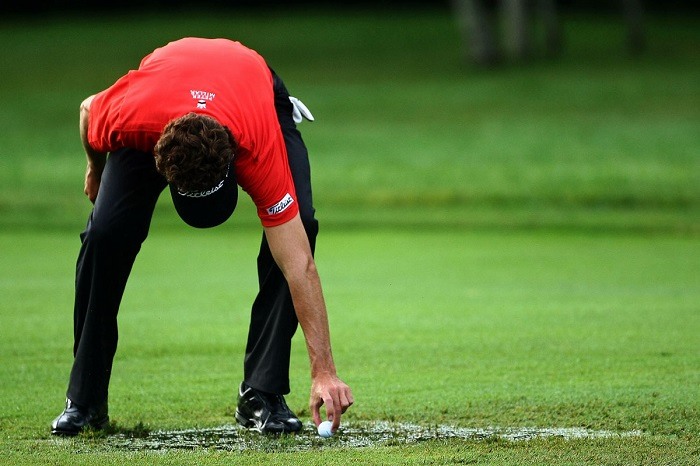 Golf courses are often located in regions where the winter months are very harsh. Therefore, the impact of winter takes form on the course. At such times, you’ll see a sign stating that preferred lies or winter rules are in effect today.

In simple words, golfers on that day are free to improve the lies by moving the golf ball in a few rough areas on the turf. And these areas are generally restricted to the fairway.

For instance, let’s say your golf drive’s in that fairway. However, the golf ball halts to a stop on a ground laden with dead grass. So, in such a scenario, golf winter rules come into play. They give you a free pass for shifting the golf ball to a patch on the turf with living grass.

To be honest, it’s only common for golfers to misunderstand or misinterpret these winter rules. Preferred lies have more than just one meaning for a lot of golfers. And that’s because golf courses, at least a few of them, are not in clear. Not clear enough to define winter rules in golf.

Many golfers take undue advantage of this particular exception. And the advantage often takes the form of improving lies in water hazards and bunkers. Along with moving the golf ball from the fringe to the putting green.

Here are some useful tips and tricks for winter golf… 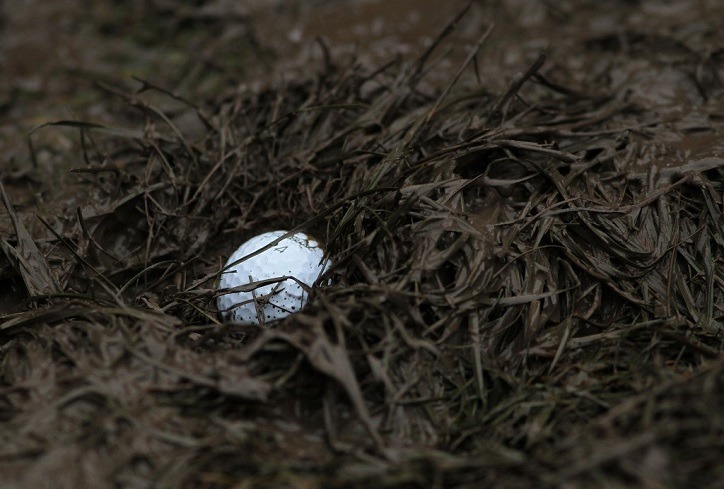 It’s not until 2015 that the traditional Rules of Golf revised the terms. Originally, in 2004, the Rules of Golf came only this close to describing the winter effects. If the golfer’s ball rests on a more restricted or closely-mown path through the green. Then the player is free for marking, lifting, and cleaning the golf ball without any penalty.

Before you lift the ball, you should mark its position. Then you can place the golf ball out of the hazard or on the putting green.

If you fail or forget to mark that position of your golf ball. That’s before you lift it and move it. Then you earn one penalty of a single stroke.

But with the improved or updated rules, golf courses now clearly define the conditions. But if the golf course hasn’t issued preferred lies or winter rules. Then you cannot make them a part of your game. Irrespective of how bad or poor the course conditions are.

There should be a specific notice with regards to winter rules. Like a written or verbal statement. Such as winter rules or preferred lies are in effect today.

Golf Winter Rules – The Evolution of the Rules 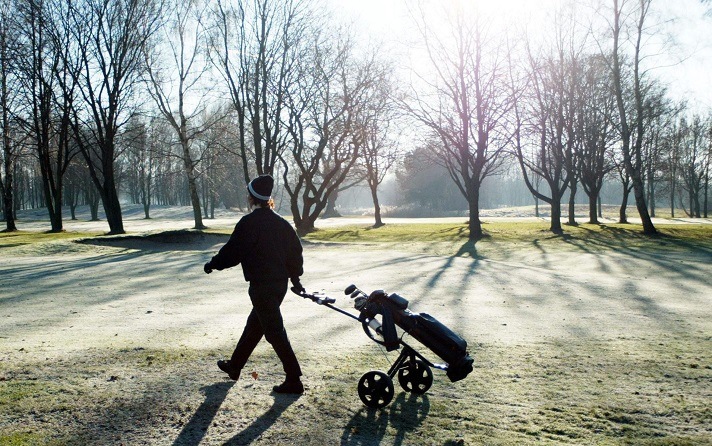 But these statements were removed in 2015. Rather USGA winter rules have been clearly defined. But there’s no denying that even now winter rules rank as local rules. Meaning they don’t have any distinct status that dictates tournament play.

Nevertheless, winter rules have come a long way. From where they were completely dismissed by golf’s primary governing bodies.

Now let me tell you a little something about the practical winter rules’ drawback. The Section 7 of the Handicap System Manual of the USGA addresses winter rules alright. But it also stipulates that golf rounds played with winter rules are to be posted for the purposes of handicap.

If you maintain a handicap while playing a game of golf that involves winter rules. Then you have to post your score. And this score, more often than not, is lower. In comparison to your score without using winter rules. Meaning you’re lowering the handicap artificially with the help of winter rules.

So who is responsible for deciding the rules after all? The choice boils down to you as a golfer. Remember that it’s not necessary for you to use preferred lies or winter rules to your advantage. That’s when the local golf rules are in effect. You are indeed entitled for making the most of this particular rule. However, you’re also entitled to playing your golf ball as t lies.

As for preferred lies in the rough, winter rules give you two choices. One is to play your golf balls as they lie. Or you could take relief by penalty.

Carolyn Heller’s highly resourceful blog, Golf Depends, could easily become your go-to platform for the most authentic, practical golf-related content. It’s where you begin to appreciate the sport and learn how to improve your game with more positive results and less frustration. [View all posts by Carolyn Heller.]