​Professional golfers are often praised for their remarkable ability to strike the golf ball. But, to tell you for a fact, many players often neglect to learn the art of controlling the distance their shots travel. Knowing the distance of your golf strikes along with controlling it are simple yet very effective strategies for lowering your scores. So what is the golf club distance calculator?

It’s time to get to know how to calculate the yardages you’re responsible for achieving. And not just that. But also the average golf club distances.

In this post, I have also discussed some of the most frequently asked questions that are relevant to the topic of golf club distance.

So let’s get started! 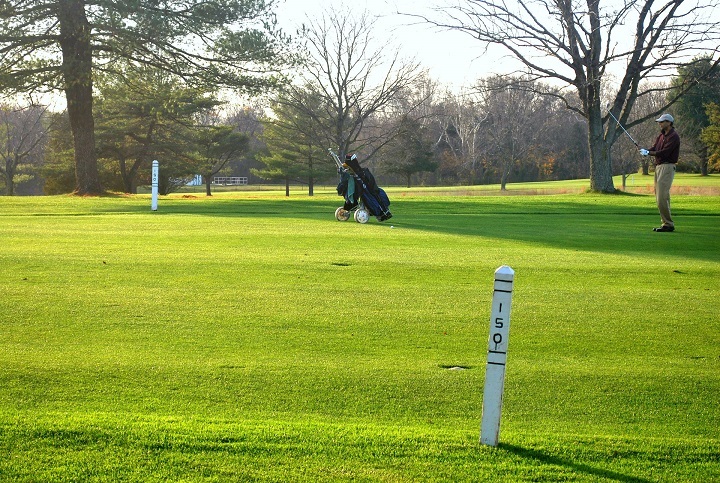 What is the fastest, easiest, and most effective golf club distance calculator? That would be a  booking time on the launch monitor on your golf course. But what if you don’t have access to that launch monitor, for whatever reasons? Then what do you do?

All you need to do then is strike 10 golf shots on the practice ground. Either there or choose a time when your golf course is quiet and empty. And hit 10 balls with your every golf club. Then, with the help of a rangefinder, calculate your every strike’s distance.

Once you have those numbers in place, you can go online and use the golf distance calculator. Here, you enter your 10 shots. And the sheet then automatically calculates the average distance. Along with your average range with your consistency value.

But what is this consistency value? An added dimension that golfers can certainly utilize to their advantage. The value is actually a standard error or deviation of the 10 attempts. In simple words, the higher your consistency value, the less consistent is the distance control with that particular club. Meaning the more scope there exists for improvement.

The best part about consistency value is that it’s normalized throughout your golf clubs. Therefore, you get to pick out the golf clubs in the bag that demand refinement. Meaning those that have a greater standard error.

Golf Club Distance Calculator - How Long Should You Hit Your Golf Clubs? 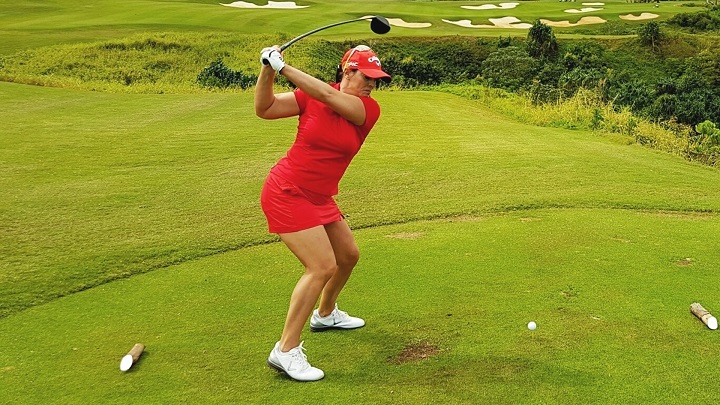 How far should each shot travel? What are the average golf club distances? The answers here actually depend on multiple factors. Such as the type of golf clubs and golf balls you’re using. Along with golf course conditions (soft or hard fairway? windy or humid and dry weather?).

Then there are factors like your swing speed, gender, age, physical fitness, and how solid is your connection with the golf ball. But, don’t worry, I’m going to share the average golf club distance chart for you below. However, before I do that, let’s understand something very important.

Why Is There Such A Wide Difference In the Distances Achieved by Golfers?

The wide variation in average yardages exists because of the variation in golf clubs. Meaning your distance achieved by the 5-iron you’re using can be the same as that achieved by someone else’s 3-iron or 7-iron. Understood?

What does that tell you? To state it simply, this means there’s no wrong or incorrect golf club distance here. There’s only your distance. Once you know what your distance in yardages is. Then you can understand how far your every golf club ought to hit.

What I’m trying to say is that there is no point in comparing your distance with that of a professional golfer’s. Agreed that there are a few recreational golfers who outperform some of the best players in the world. Even so, this happens very rarely. So the chances are quite slim that you’re one of those rare exceptions.

Are you a short or long hitter? You can find out quite easily simply by playing your game. And then comparing yourself with your fellow golfers. But what if you do that and find out you’re a short hitter? In such a case, remind yourself that not having long-hitting golfing skills doesn’t mean you don’t possess the ability to lower your golf scores.

Also, remind yourself that hitting the golf ball far is a skill that doesn’t count if you can’t also hit the ball straight. Or maybe you cannot get the golf ball onto that green despite being a long hitter. 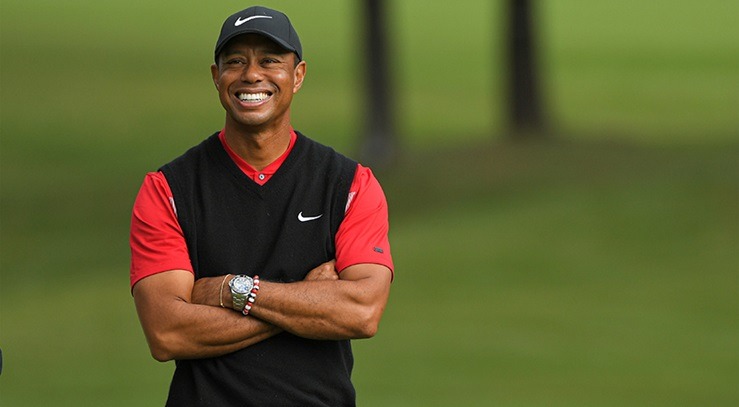 The 2018 Valspar Championship witnessed Tiger Woods achieving the highest clubhead speed of 129 miles per hour with his golf driver. The drive traveled nearly 313 yards before rolling out to about 335 yards.

2. How to calculate swing speed without the help of the launch monitor? 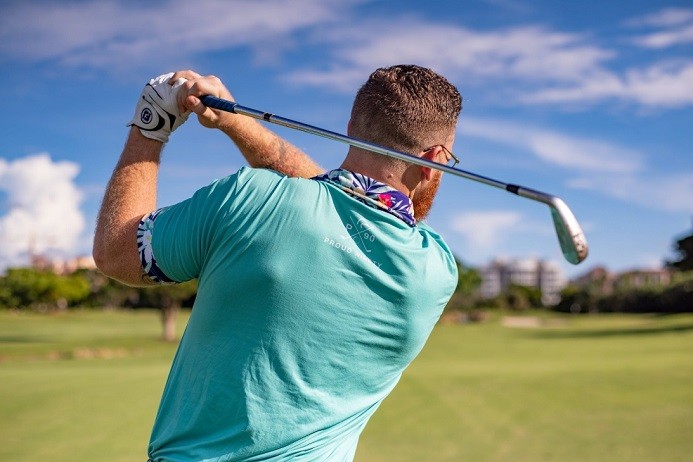 Just head to your driving range and strike a generous bucket of golf balls. Note down the distance for each golf club. Then go online and enter those numbers where it calculates your swing speed for every club.

3. How to drive golf balls longer? 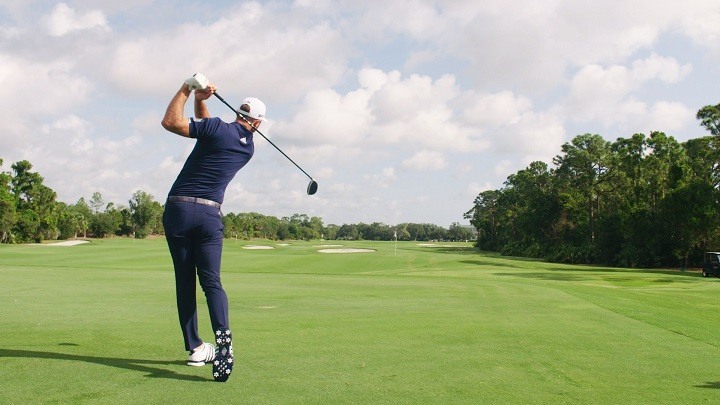 Simply learn how to increase your golf ball speed, swing speed, and launch angle. While also practicing to reduce the level of sidespin and backspin the ball produces. Easier said than done I know. But keep practicing, and you’ll eventually get there.

You can also hit farther drives by fixing your golf grip. Along with improving weight distribution all across your swing movement. 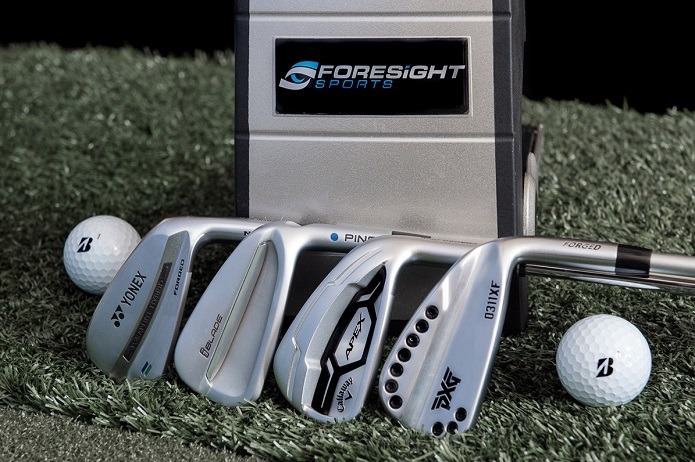 The average swing speed on 7-irons is 90 miles per hour. In that case, the average carry distance should be 172 yards.

But keep in mind that the total distance also depends on other factors. Such as the level of spin you place on the golf ball. And also into which landscape you’re hitting. For example, is it the fairway, soft green, or firm green? 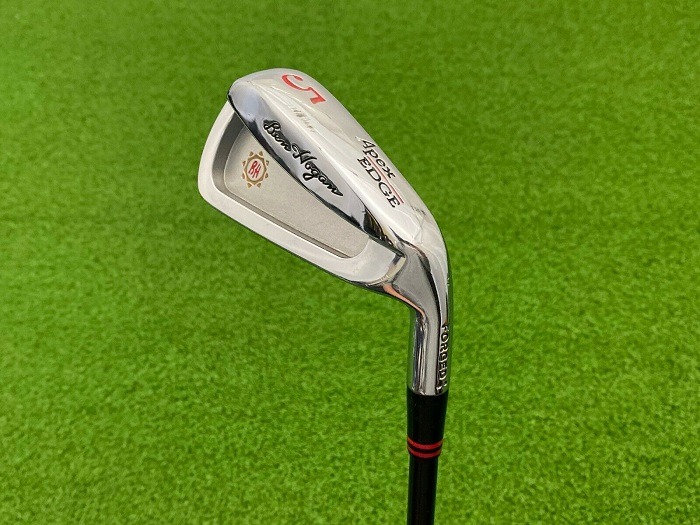 Once again, your swing speed comes into the picture…

The answer depends on your average swing speed.

As for men, one that achieves a distance of 110 yards can be just as tall as one who strikes 80 yards. This, however, is not that common among women golfers.

Golfdepends.com is a participant in the Amazon Services LLC Associates Program, an affiliate advertising program designed to provide a means for sites to earn advertising fees by advertising and linking to Amazon.com. Amazon and the Amazon logo are trademarks of Amazon.com, Inc., or its affiliates. Amazon information last updated today. The links are affiliate links. Product images are served from Amazon Product Advertising API. We do not specifically market to children under 13.