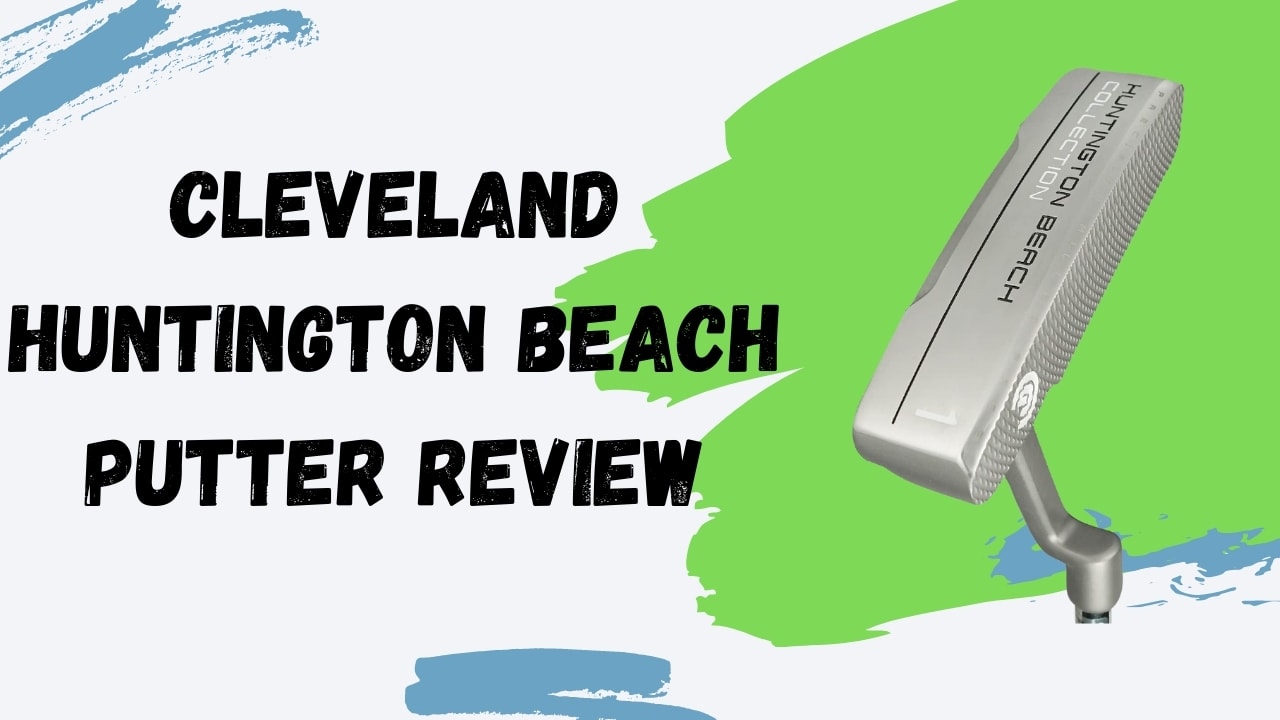 There’s no doubt that Cleveland has been responsible for creating some pretty special clubs over the years, so they are a name that can be trusted when it comes to quality.

In this instance, we will focus on just one club, the Huntington Beach putter.

With your putter, you want to be able to trust the club, and know what it’s going to do with your shot. So, is that the case here? 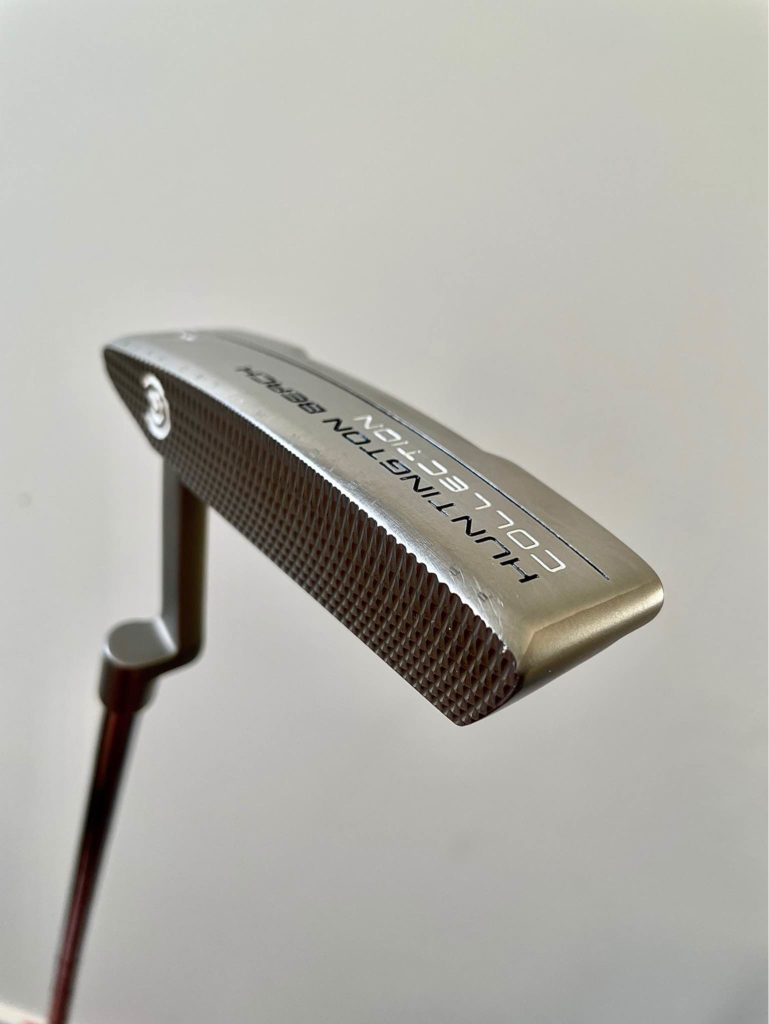 So, let’s get one thing straight here, this Huntington Beach putter comes in different forms, so no matter if you prefer a blade putter to a mallet style, this is going to have you covered. Also, you can throw in some more non-traditional style heads to the mix as well, so if you prefer something a bit different, then it’s all good.

The shafts are made from steel, and they are pretty standard in their approach. However, that can be a good thing as at least you know what to expect from it. On the other hand, it does come across as being quite basic, so if you prefer some optimization, then this wouldn’t be best for you. 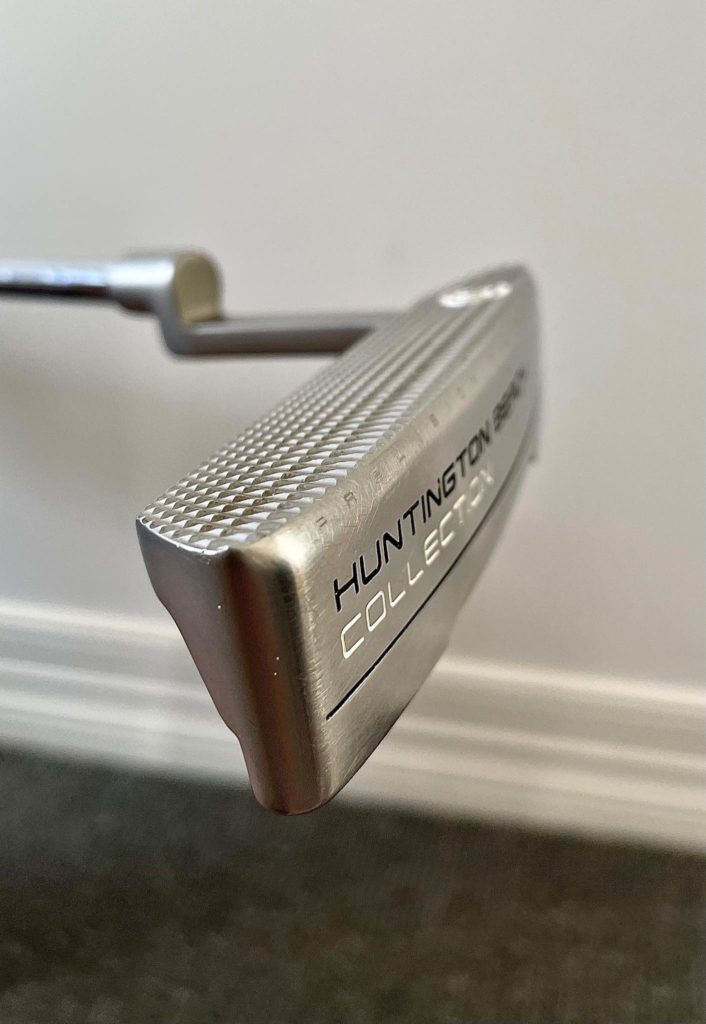 The Look and Feel from the Putter

With a putter, a huge part of how well it works for you is the feel it gives, and while there is a tendency for this putter to have something of a soft feel to it, that’s not all it has to offer.

Let’s just look at the face of the putter as an example.

The face is precision milled, and that means it’s going to provide you with a real sense of consistency with your shot. Basically, you know how the putter is going to react when it strikes the ball.

But there’s something else.

They use 304 stainless steel, and this is regarded as being some 50% softer than older versions. That contributes to the overall feel of the putter, and it’s no surprise that it will give you a lot of feedback from your shots.

However, aside from feel, having a putter with a softer head is going to help you out when you need to strike a putt that has more finesse to it. This is thanks to the way in which you can better judge the reaction of the putter, and you have way more control over the power aspect as well. 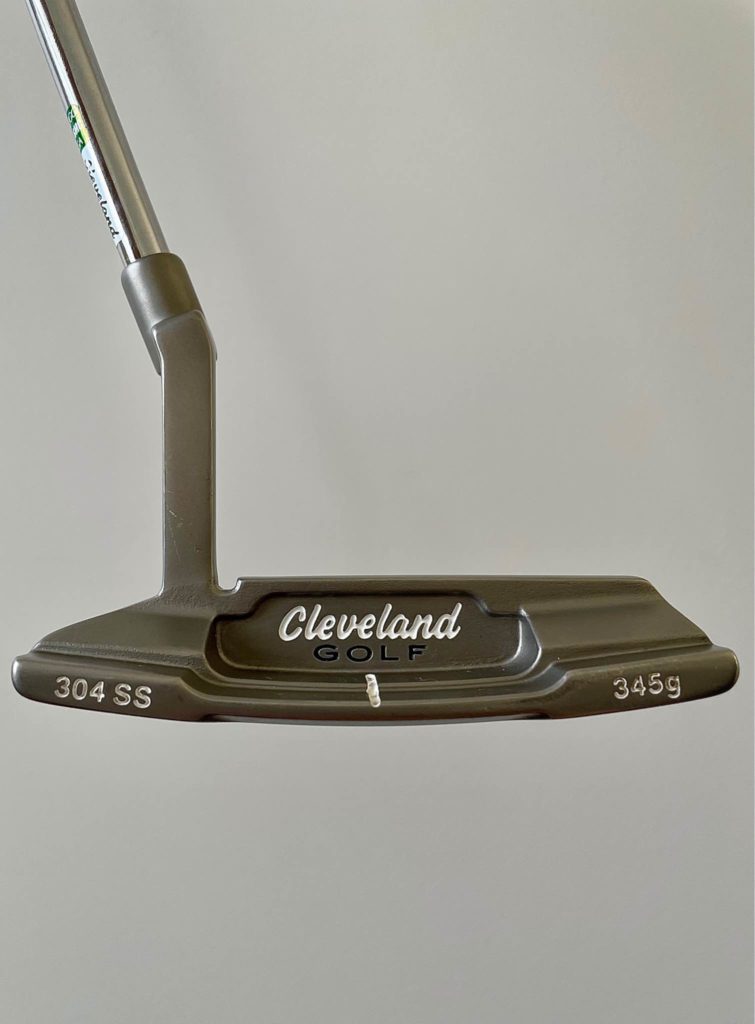 How Forgiving is it?

This putter is built with forgiveness firmly in mind. When you then couple this with consistency, which is thanks to the milled face, then you have a putter that feels as if it works with you rather than against you.

This does mean that the putter is going to work exceptionally well for high to mid handicap players. After all, you need to have that room for a mishit as they are going to occur from time to time, and this putter does exactly that.

Also, Cleveland has thrown in a huge sweet spot on the putter, and that’s going to make it pretty difficult to miss or make a complete mess of your shot. 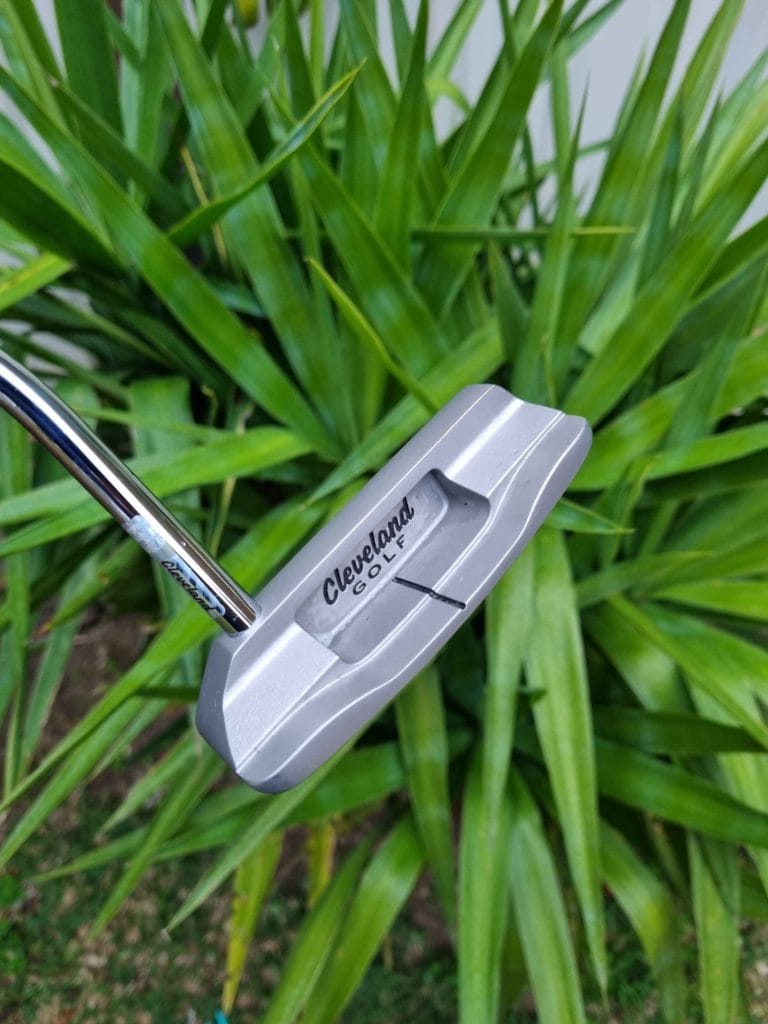 This range of putters will help you to line up your shot with ease. All you need to do is to make sure you have your stance correct.

Also, the putter feels very well balanced throughout the swing. The fact it’s available in different styles does mean it can work no matter what your putting stroke is like, and that’s a huge bonus.

Of course, exactly how it feels depends on the style you use. In saying that, it’s clear that Cleveland has put the same thought into each putter across the board, so we can categorically state that you will find each putter reliable, no matter the option you choose.

What we do recommend is to be aware of the style of putter that works best for your own game. The balance and precision in this range is the same no matter which one you go for, and that’s a big deal. 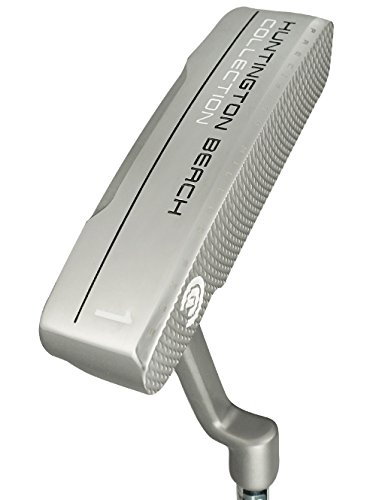 Who is the Putter Aimed at?

To be honest, most players would be able to get a semi-decent result from this putter if pushed, but it is going to work out well for people with a higher handicap.

We can say this due to the earlier point regarding it being forgiving and having that sweet spot. Those are the two main areas where people just want that bit of help from their putter, and this range certainly delivers on that.

But at the same time, people of all skill levels that love that soft feel to their putts will get some enjoyment out of this model.

There’s little doubt that this putter from Cleveland is going to perform well for you on the green. It delivers on pretty much everything you could ever expect to get from a putter that is very competitively priced.

It sits well in your grip, you can trust what it’s going to do, and it has a level of consistency that you may have only expected from a putter that costs a lot more money than this.

Overall, this is a putter that a lot of people may overlook, and that would be a crime. It may keep things quite simple, in the case of weight distribution, COG and so on, but when it provides you with forgiveness and reliability, then that’s pretty good. 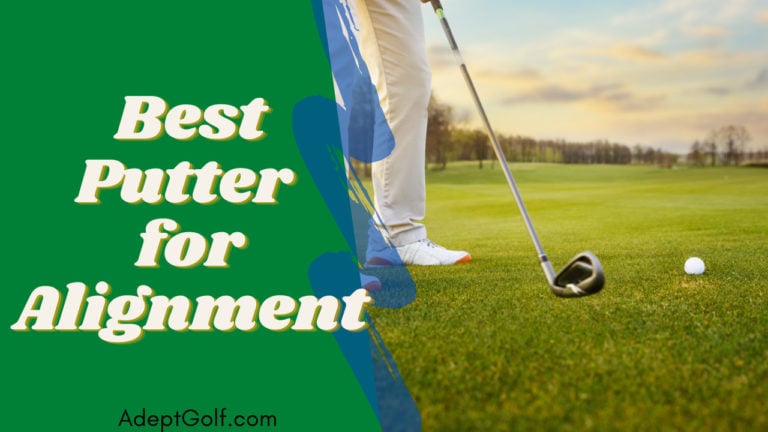 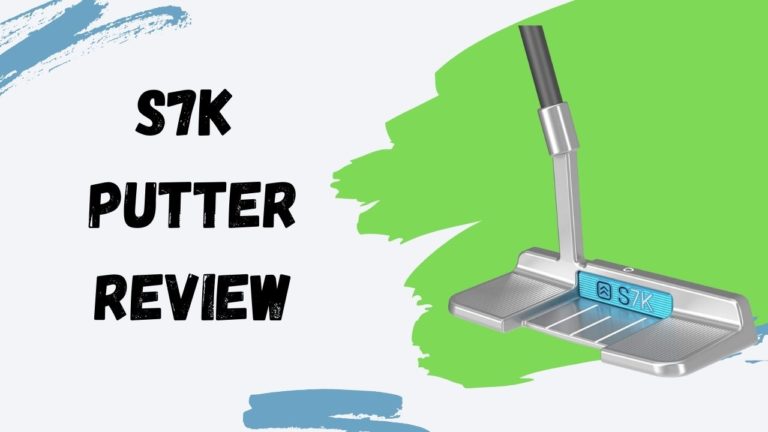 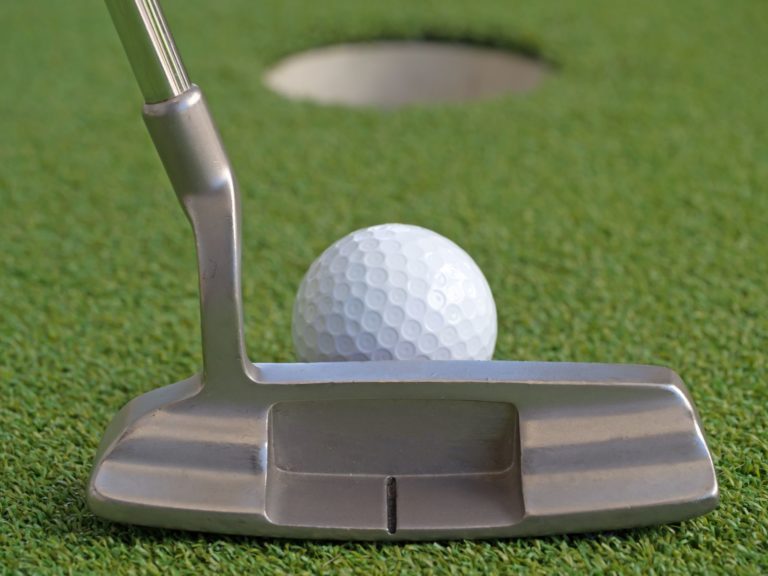 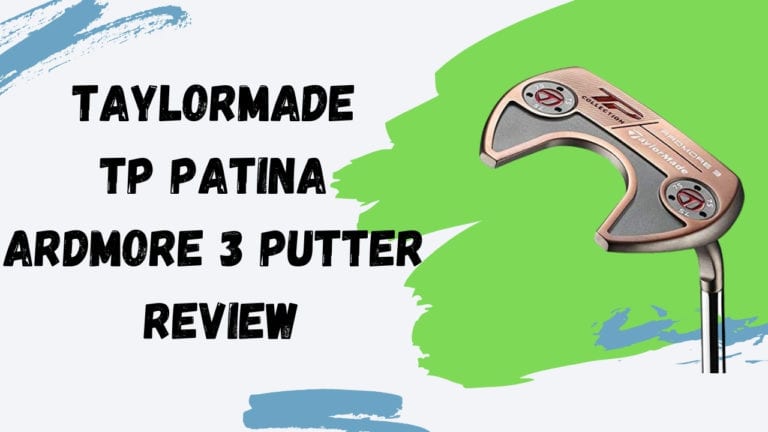 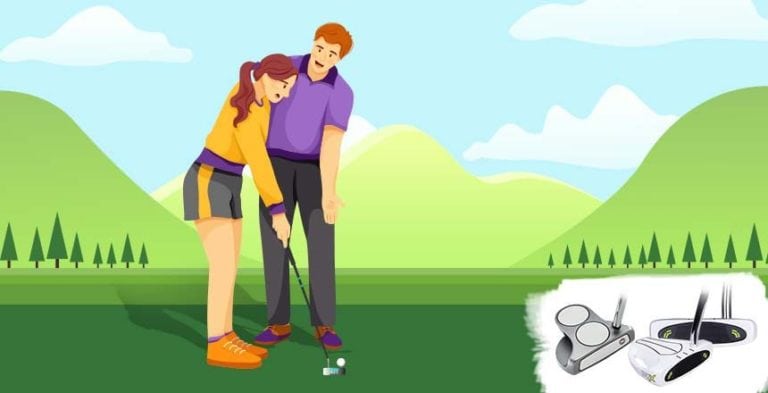 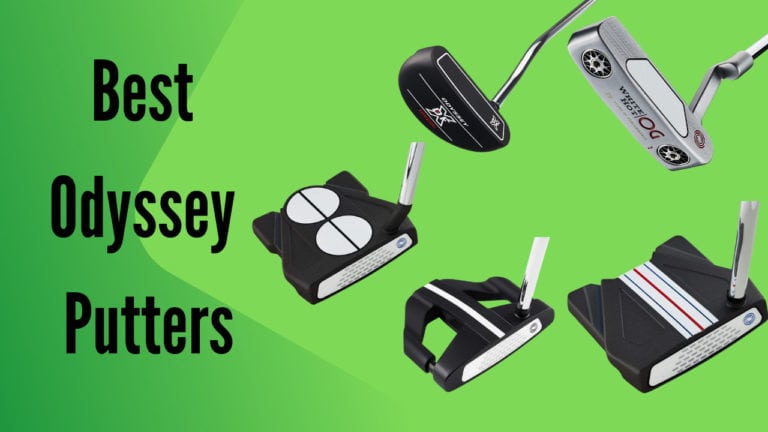